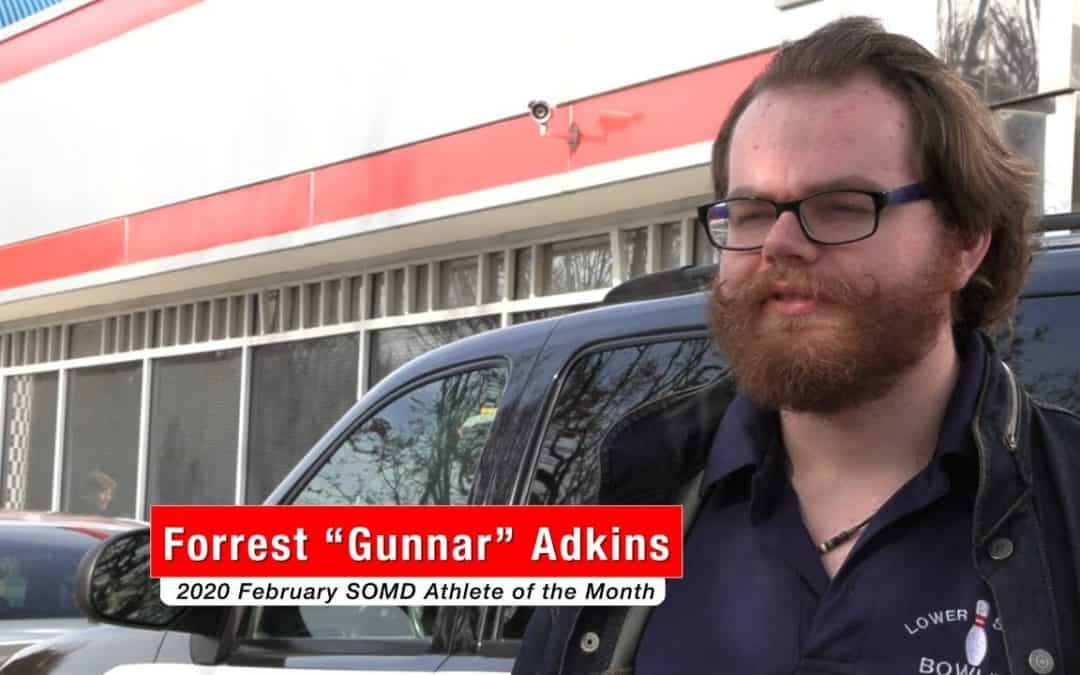 Forrest “Gunnar” Adkins credits Special Olympics,  and some caring friends and teachers for ” bringing me out of my shell” and teaching him to reach out to others. He credits self-direction for helping him to pursue a vocation and to continue reaching out.

Gunnar was diagnosed with autism at age six. He recalls that at that age “the floor was my friend. I wasn’t able to lift up my head and have a conversation with anyone.”  Things began to change when Gunnar’s parent signed him up for Special Olympics soccer. Since then Gunnar has participated in many other S.O. sports and has also developed vital social connections. Gunnar’s love of sport has continued throughout his life. In high school he went out four times for the football team —and was cut four times. But he still has happy memories of the coaches and students  who nevertheless encouraged him.

After earning his diploma in 2015 from Parkside High in Salisbury, Gunnar struggled to find his place in the world. He did some volunteering and tried community college but did not thrive. He learned about self-direction from the mother of an SD participant. “When I first heard about self-direction, I thought it was too good to be true,” he says. Self-direction has helped him to make valuable community connections and to pursue a vocation.  Gunnar now works part-time at Home Depot but he is also using an  SD job coach to achieve his goal of becoming a blacksmith.  He hopes to eventually live with complete independence.

Having received so much help and encouragement from the volunteers who have touched his life, Gunnar began to give back to his community as he approached adulthood. He has logged many hours in a variety of volunteer positions.  Because of the consistent encouragement and support he offered his team mates, Gunnar  was selected as  Maryland’s Special Olympics  Athlete of the Month in February 2020.