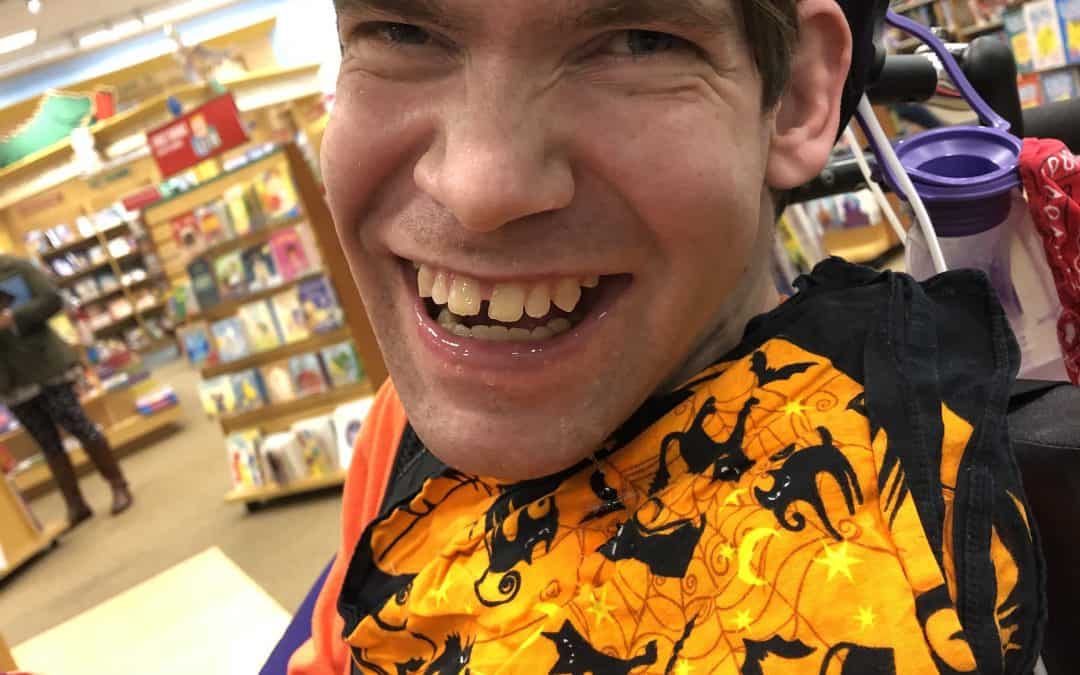 Robbie was born in Southern California, a healthy baby. He contracted encephalitis during infancy which resulted in severe brain damage. He attended multiple therapy and early intervention programs with the hopes of helping him meet his physical and developmental milestones. Despite our greatest efforts and determination these milestones would go unmet. Robbie is quadriplegic, nonverbal, fed by gastrostomy tube, has a severe seizure disorder, as well as other medical conditions. As an infant and young child, Robbie was extremely irritable, often needing to be sedated twice nightly. His screaming would result in gagging and retching episodes. Anyone who did not know Robbie back in those days, would never imagine that this beautiful, happy, smiling young man ever went through such a difficult time.

Robbie and his parents moved to Maryland when Robbie was one year old to be “closer to family” to help with his challenges. The closest family was in Massachusetts. His caregivers became his surrogate family and are loved as much as his blood relatives! Robbie has one brother and two sisters.

Robbie was welcomed at Monarch Montessori preschool in Harford County when no other preschool program would take him, believing they could not meet his needs or the needs of the other students if he attended. Robbie attended with a 1:1 aid provided by his family. The other children and staff loved him! He went on to be the first child in full inclusion at Prospect Mill Elementary School in Bel Air (with his personal aid hired by the county) with such severe disabilities. We fought for and won the right for Robbie to be the first severely disabled child in a wheelchair, to ride a wheelchair accessible bus with his neighborhood peers. Robbie attended Maryland School for the Blind for one year while we transitioned to a handicap accessible home in Towson. After that, he attended Ridge Ruxton School until he was twenty – one.

After his school years were complete, Robbie settled into a life of his own design, spending his days doing the things he enjoys and being out in his community. He has brought an awareness to those he encounters that having a disability does not stop you from having a life full of love and happiness and the ability to spread those qualities to those you encounter.