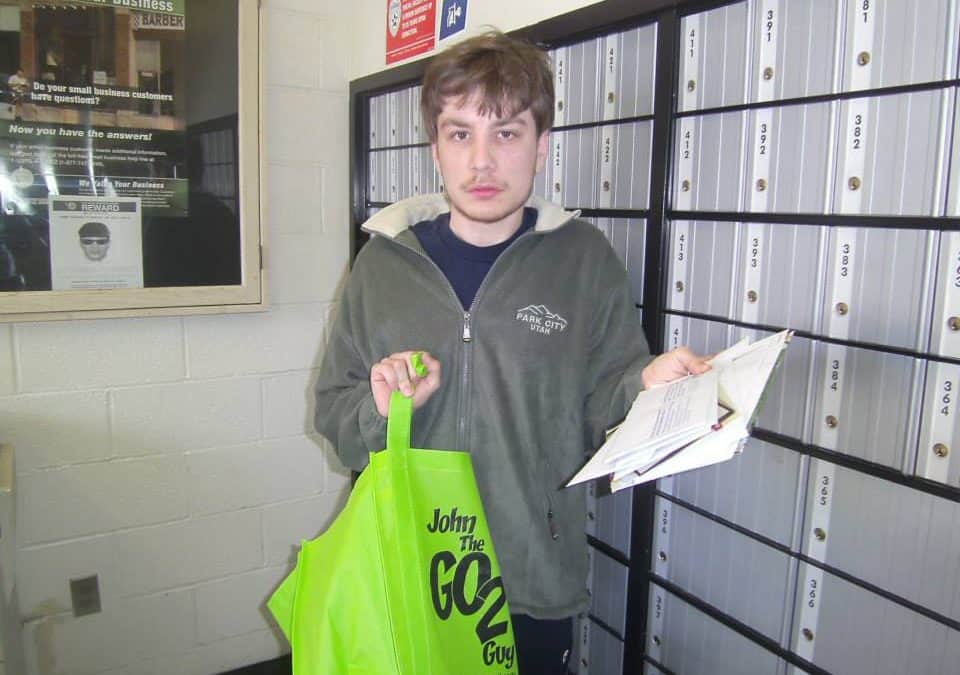 John is a non-verbal, autistic young man.  He is also a happy and productive member of his authentic community because his customized self-direction program is tailored to his needs and desires.

John’s early childhood years were marked by problems and by his parent’s struggles to address them.  By age two he was not speaking.   He was evaluated and his parents were advised that he  was probably autistic.  At that time he was enrolled at The Institutes for the Achievement of Human Potential  in Philadelphia Pennsylvania.  John and his parents visited the Institutes every  6 months so  John could be evaluated and so his parents could learn  a new program of intensive activities to be regularly practiced  until his next appointment.  He made significant gains  through a course of education, nutrition, and gross motor activity, and he remained with the Institutes for five years.

At 7 years old, John attended Baltimore County Public School and was placed in a self-contained autism classroom in Timonium Elementary School.  However, by age eight he developed Type I Diabetes, a life-threatening disorder. John was eventually  transferred to Ridge Ruxton School, a level 5 school in Baltimore County and remained there  until he graduated at the age of 21.

Prior to graduation, John’s mom visited many day programs to figure out what would be best for John.  She learned that IF John were to attend a “day program”, a Medical Day Program would be his  only option due to John’s medical condition and the medication needed.   John went into New Directions – which has now been renamed and is currently referred to as Self Direction.  In New Directions/Self Directions, John started his own errand business called John the Go2Guy.  John loves being productive and being out in his authentic community helping others.

John’s participation in Self-Directions suits his interest in interacting with others and his need to be on the move.  Prior to COVID-19, John was running errands and visiting stores and other businesses in his authentic community every day.  Currently, he enjoys therapeutic horseback riding twice a week, walking at various parks in our area, swimming whenever possible, listening to music, reading books and playing games.  John’s exceptional staff members have worked with him for years,  and they are a  key element in his successful SD program. Their intimate knowledge of his likes, dislikes and health requirements have been a blessing for John and his family.